An Inconvenient Truth About Innovation 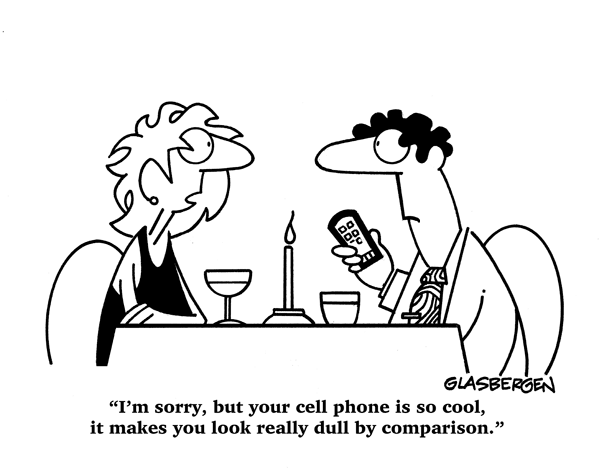 3 years ago, during my junior year in college, my iPhone broke, so I began looking for a new phone online. I was on a student budget, but having a smart phone was very important to me, so I decided to invest on a good one.

At the time, The Google Nexus was one of the hottest new smart phones. It had this thin shiny look to it, and on the website, it bragged to have one of the most powerful processors on the market which closed the deal for me. I ordered the phone from Google’s website and it arrived a couple days later. I remember the first time turning on the phone, I was mesmerized by the screen’s brilliance. I loved using it too: the phone was smooth and fast, the pictures on it looked beautiful. Even for a tech junkie who likes tinkering with heavy new apps, it ran just fine.

Fast forward to November 2014, the thought I had most often was how much I hated my phone. The screen looked horrid — I could actually count the number of pixels on it (I have crossed the dark side after seeing Apple’s new retina screen). The battery could barely last for half a day, and if I was on 3G, the phone always dies after a couple of hours. I guess the new apps required more processing power which rendered the phone unbearably slow. I got frustrated every time the screen freezes or when it takes 3 seconds to open up the camera app (yup, 3 seconds was too long for me). Instead of aiding my life, the phone became a nuisance.

Oh no, what happened here? Only 2 years ago, I was amazed at the device and now it has become my worst enemy.

This is what Karl Marx said of technological innovation in his foundation work “The Capital”:

In a capitalist economy, technological improvement and its consequent increased production augment the amount of material wealth (use value) in society, whilst simultaneously diminishing the economic value of the same wealth, thereby diminishing the rate of profit — a paradox characteristic of economic crisis in a capitalist economy; “poverty in the midst of plenty” consequent to over-production and under-consumption.

That’s the sad truth: innovation also brings obsolescence. You once bragged about your awesome laptop that has 6 hours battery life. Now the new Macbook Air can run for the entire day. It’s so thin you can chop vegetables with it. Soon, your coolest flatscreen TV will become utterly uncool when virtual reality is available to mass consumers.

Quite a gloomy outlook for the consumers, isn’t it? But I work for a company who invests in tech companies, so it would be very ironic if I can’t move past this.

Reconciling this dilemma is simple for me. The more important truth is: innovation pushes the boundaries across all industries. Technology startups, especially, live on this spirit. Every day I talk to entrepreneurs who are experts in their respective industries, they all have ideas about how to do things better, how to optimize our scarce resource. They invent completely new ways to solve problems for enterprises and everyday consumers. Some succeed, some not. The unsuccessful ones arrive at critical insights that inform their next endeavor; they fail fast and reiterate. The successful ones can overturn entire industries (Uber, AirBnB, etc.). In either case, we always move forward.

And for that reason, I’ll just have to live with the fact that the phone I buy today will become obsolete in a few years’ time, because that inconvenience is nothing compared to the big-picture progress.